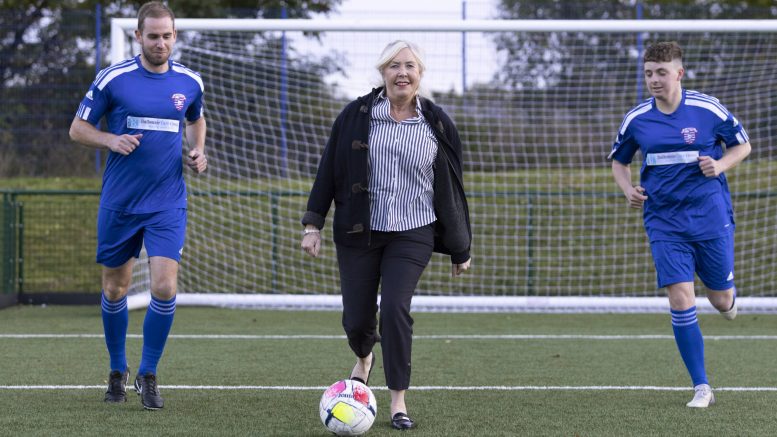 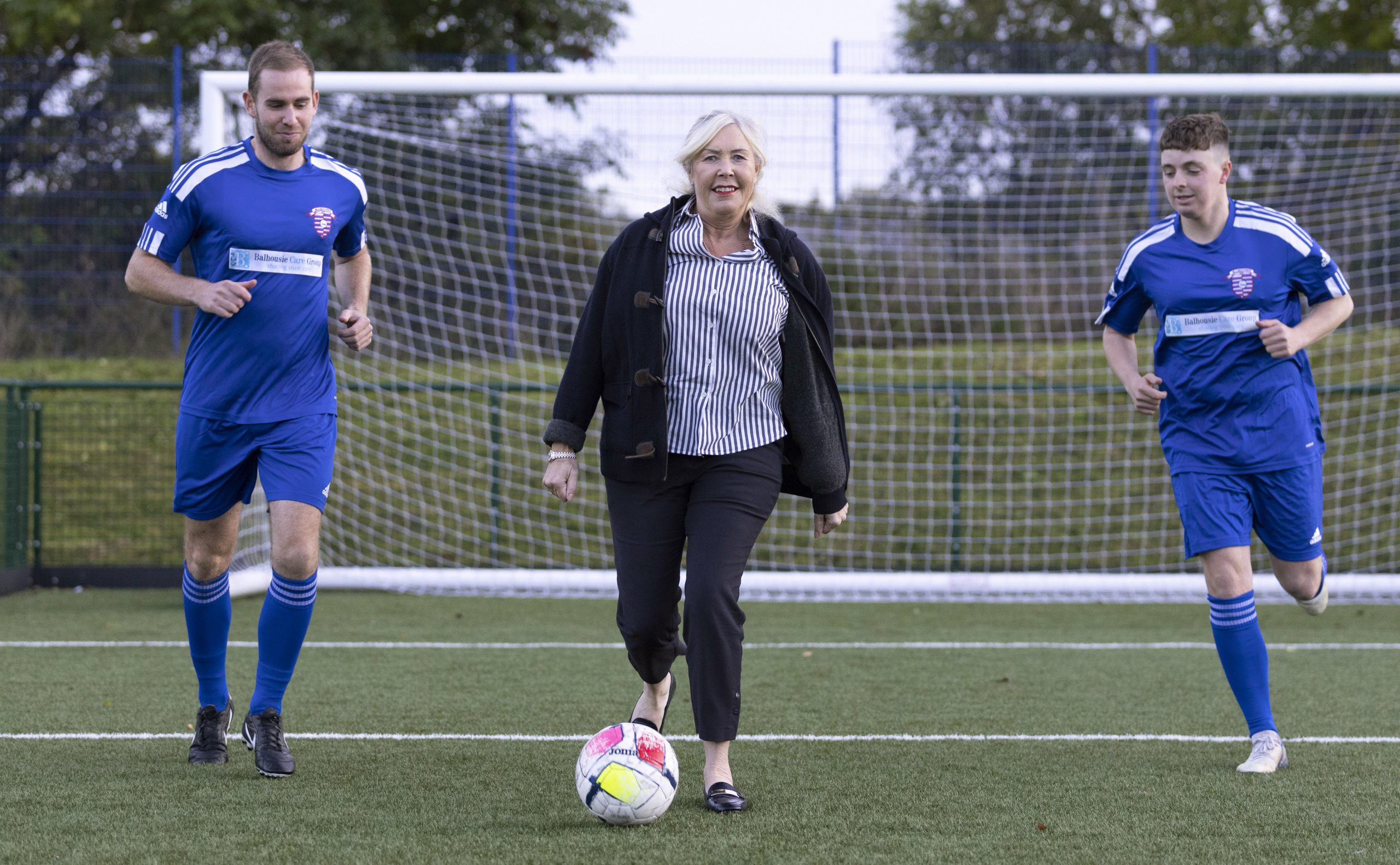 Balhousie and its popular care home in Blairgowrie is funding the kit for the Blair Junior League team in the latest in a series of community partnerships for the award-winning group.

“We are committed to real community involvement for our residents and our staff,” said Jules Ritchie-Urry, Home Manager at Balhousie Stormont Lodge care home in Blairgowrie. “Our philosophy at Balhousie Care Group is that care homes are a vital and active part of the community, which is why we are delighted to support Blairgowrie Junior Football Club.”

This sponsorship deal is a huge boost for the club, especially as, since Covid, it has become a continual battle to raise enough funds. “We’ve got a great team of lads at the moment with a hard-working Committee and we want to provide the best for them,” says Dennis Elder, President of Blairgowrie FC. “Getting new kit is essential. We are really grateful to Balhousie, Jules and her team.”

Blairgowrie Junior Football Club was formed immediately after the Second World War and currently plays Midlands League at Tier 6 of the Scottish FA’s Pyramid. It has won an impressive 58 trophies and championships, and more than 50 players have gone on to sign for senior clubs – including some who have played in Scottish and FA Cup finals, and in high-profile European ties.

Party at the Park festival in Perth cancelled

People will be able to enjoy free travel on all local bus services within Perth and Kinross on the three Saturdays before Christmas.
The post Free bus travel for Perth in December appeared first on Perth Gazette. Perth Gazette …