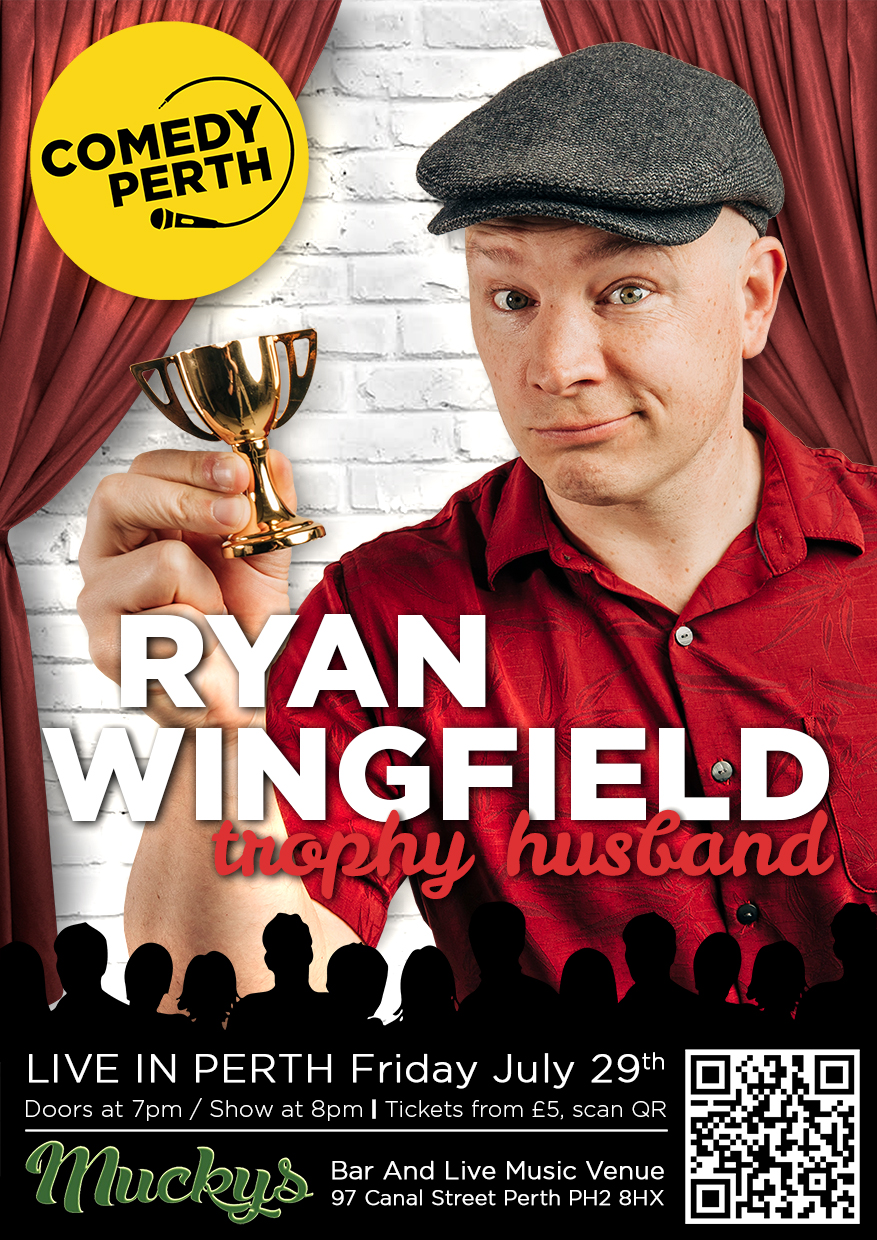 On Friday July 29th stand-up comedy is coming back to Perth with a bang as veteran US comedian Ryan Wingfield brings his new show to Mucky’s Bar ahead of its debut at the Edinburgh Fringe.   ‘Ryan Wingfield: Trophy Husband’ is about a comedian by night, stay-at-home-dad/trophy husband by day.  Ryan shares his take on the challenges of family life and other experiences in this solo stand-up show.  His comedy has been seen in over a dozen countries on three continents and is recognized as some of the smartest and sharpest on the comedy circuit. You may recognise him from XM radio, Doug Benson’s mocumentary ‘Super High Me’, or NBC’s ‘Last Comic Standing’.  He was a finalist in the World Series of Comedy in Las Vegas. “Among the smartest writers on the comedy scene… quite possibly the funniest thing to come out of Alaska” – Comedy Productions “A very polished pro” – Des McLean   Tickets are from £5 and can be purchased from Eventbrite: https://comedy_ryanwingfield.eventbrite.co.uk Tickets are non-refundable but can be transferred over to future shows.  All such requests should be submitted via Eventbrite.  Tickets cannot be resold.  Beware people claiming to have tickets for sale, they are scammers.   Where: Mucky’s Bar And Live Music Venue, 97 Canal Street, Perth PH2 8HX When: Friday 29th July.  Doors open at 7pm, the show starts at 8pm.