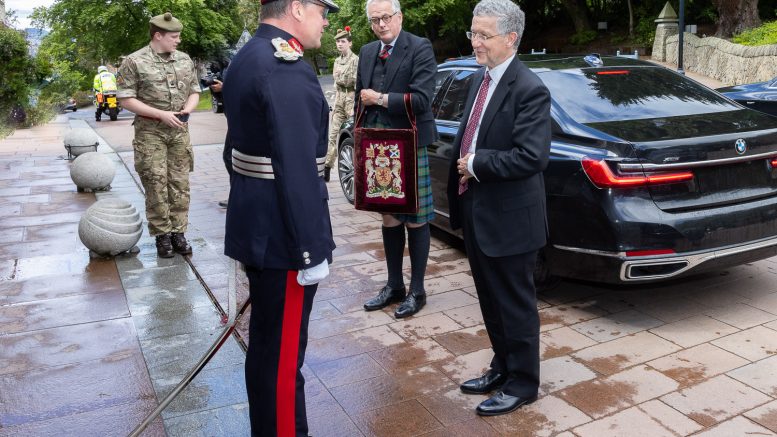 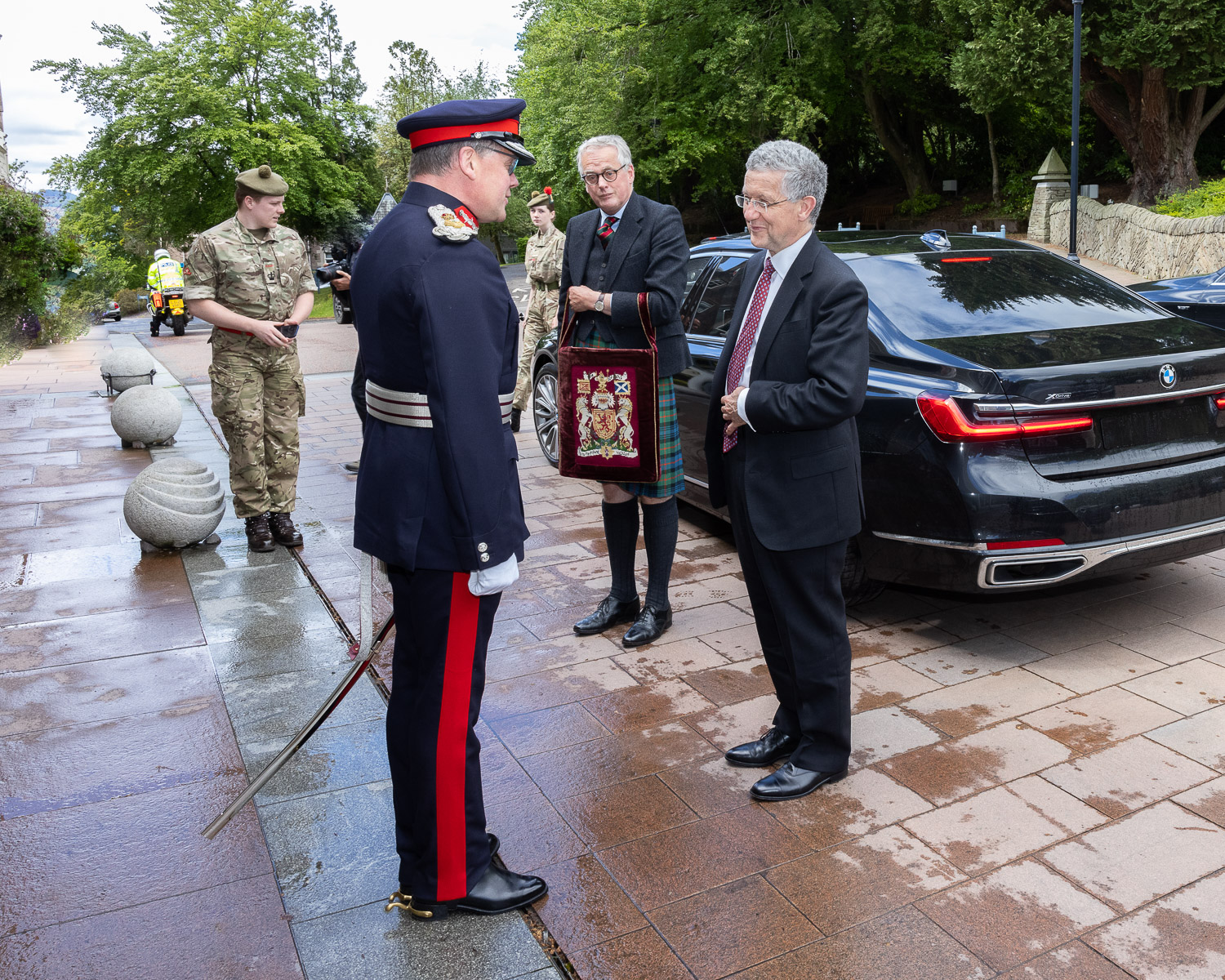 Royal representative, Lord Hodge, visited Crieff Hydro Hotel, where he met with representatives from a number of Perthshire organisations.

Lord Hodge, the Lord High Commissioner who grew up in Perthshire and had some fond memories of his time spent at Crieff Hydro during family breaks, was welcomed by Stephen Leckie, Lord-Lieutenant of Perth and Kinross.

Lord Hodge attended a reception at the hotel where he had the opportunity to hear more about the work of several local groups. The groups included community reuse charity Remake Crieff, Christians Against Poverty, Letham4all, Riding for the Disabled, Scottish Prison Services, Messy Church Comrie and Appletree Community.

Stephen Leckie, Chairman and CEO of Crieff Hydro Family of Hotels, said: “There are so many fantastic groups and charities in Perthshire which aim to support our local communities.

Lord Hodge is Deputy President of the Supreme Court of the United Kingdom and was appointed to represent The Queen as Lord High Commissioner to the Church of Scotland’s 2022 General Assembly.

Postmaster Walieed Ramzan, who serves the community of Scone, laid on a traditional Scottish scone tea for customers as an early celebration to mark the Queen’s 70 years’ reign.
The post Postmaster for Scone celebrates with scone tea with customers in Scone for early Jubilee appeared first on Perth Gazette. Perth Gazette …