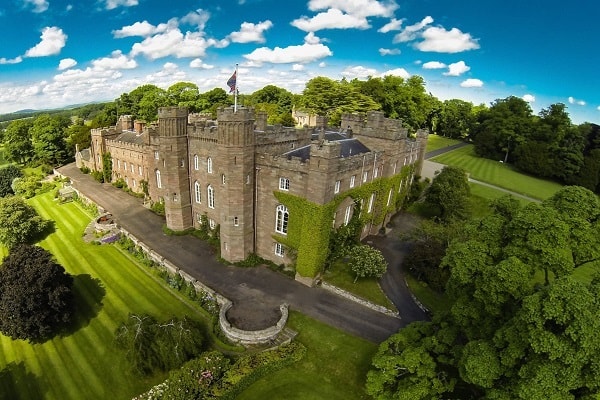 Scone Palace has an exciting and colourful history as one of Scotland's most important stately homes. Fifteen hundred years ago it was the capital of the Picts. In the intervening centuries, it has been the seat of parliaments and the crowning place of the Kings of Scots, including Macbeth and Robert The Bruce. The Palace houses an outstanding collection of antiques, paintings and rare artifacts and the grounds are renowned throughout the world, making the stateley home one of the most popular tourist attractions in both Perth and Scotland. The Palace is placed in the heart of Scotland. Poised above the River Tay in Perthshire, Scone Palace overlooks the routes north to the Highlands and east through Strathmore to the coast. The Grampian mountains form a distant backdrop, and across the river stands the city of Perth.