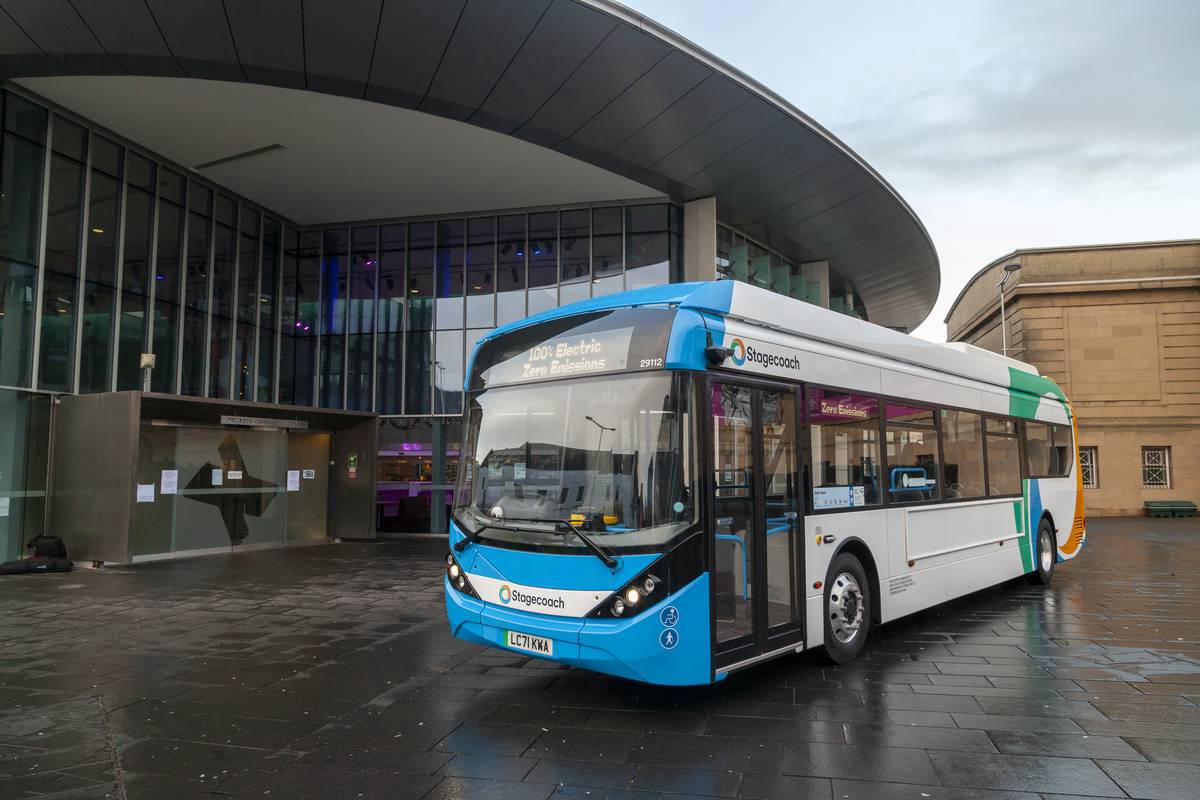 Today, it was announced that the new proposed cash offer from DWS Infrastructure will be open for Stagecoach shareholders to accept once the required documentation has been published.

If passed, it would replace the previous plan which put forward the suggestion of a merger between Stagecoach and National Express, resulting in the planned closure of the former’s HQ in Perth.

Commenting on today’s announcement, Murdo Fraser MSP, who represents the Mid Scotland and Fife region, said: “This proposal has to be agreed but if it does come to fruition it will be great news for Perth. It has been announced that DWS Infrastructure’s intention is to retain Stagecoach’s HQ in the city, thus keeping the long association the company has with Perth.

“In addition, Stagecoach plan to open a new customer service centre in Perth in the spring of this year.”

Mr Fraser continued: “It is very encouraging to read that Stagecoach regard this new proposal as offering ‘higher value and greater certainty’ than the existing one from National Express, and, as a result, intend to recommend it to their shareholders and withdraw the recommendation of the plan from National Express.

“If the latest plan is agreed I’m sure it will be greeted with great relief by Perth-based Stagecoach staff and local residents.”

And Liz Smith MSP, who also represents the Mid Scotland and Fife region, added: “I am delighted to hear of this new proposal, which would keep the Stagecoach HQ in Perth. If the plan is passed, it will provide a huge boost to Perth and its surrounding area especially coming off the back of the very disappointing recent announcement from OVO Energy about job cuts to local workers.

“Perth has suffered a series of economic blows in recent years with the likes of Beales and Debenhams department stores closing, and then we had the bad news from OVO, so it is very heartening to hear that there could be brighter times ahead for the city.”

Councillor Angus Forbes, the Convenor of Perth and Kinross Council’s Environment and Infrastructure Committee, commented: “I am really pleased to hear this announcement today. Whilst it still has to be agreed, it would be fantastic news for Perth and the surrounding area.”

Hamish Mackenzie, head of infrastructure at DWS said “DWS Infrastructure will back Stagecoach to rapidly capitalise on the growth opportunities presented by increased public and private investment in UK bus and coach”.

MSP John Swinney said: “This latest update from Stagecoach is welcome, and will hopefully provide assurances to staff over the long-term security of their jobs.

“I am also pleased that within these proposals there is a clear commitment to retain Stagecoach’s headquarters in Perth.

“Whilst these proposals must still be agreed, they will undoubtedly be welcomed by employees and service users, and I hope that they can be finalised in the near future.

“I am grateful to Stagecoach for providing this update and I will continue to monitor developments in the months ahead.”

Jim Fairlie MSP said: “On initial reading this new proposal does seem like a better deal for Stagecoach shareholders but, crucially for me, it also means that the company headquarters will remain in Perth.

“The plan to merge with National Express would have seen the HQ moved to Birmingham which would have been a great loss to the city of Perth, especially coming at the same time as OVO are shutting down their presence on Dunkeld Road.

“I am delighted that Stagecoach, a company that was created from the entrepreneurial vision of Brian Souter and his sister Anne Gloag with a single bus, growing into a multi-million pound listed company right here in Perth, will be maintaining its connection to – and headquarters in – the Fair City.”

National Express are aware of the new bidder but did not comment on the further developments.